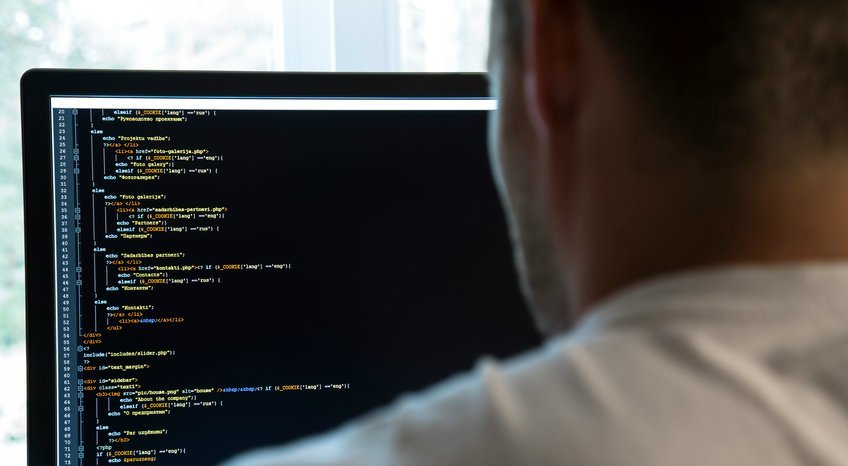 The National Security Agency, Wendy’s, Target, Home Depot, Experian, the FBI and the list goes on. Cyber criminals are successfully penetrating even the most high-profile companies and governmental agencies. The breach at the NSA was truly alarming and just one recent example of the dire situation the country, and world, face as cyber crime intensifies and the cyber security talent shortage becomes more serious.

In an effort to combat the growing cyber threat, the government, private and public sectors are promoting the field and encouraging education as a way to gain the necessary qualifications and knowledge to begin a computer security career. For those interested in pursuing a career in the field, a master’s degree is often essential. And while a master’s degree can be a significant investment in both time and money, the return on investment is almost guaranteed — just look at the statistics for proof.

The Evidence is in the Numbers: We Need More Experts with Computer Security Degrees

As a result of the increasing number and sophistication of cyber threats, the cyber security market is expected to grow from $75 billion in 2015 to $170 billion by 2020, according to Forbes, which means the job outlook is strong and salaries are soaring. Here are some of the stats that illustrate the current cyber security landscape — from data breach data to job outlook to salaries and education.

The state of cyber security today is dire and the need for skilled computer security experts is immense. According to a survey by Intel, Hacking the Skills Shortage, A Study of the International Shortage in Cybersecurity Skills, “high-value skills are in critically short supply, the scarcest being intrusion detection, secure software development and attack mitigation. These skills are in greater demand than soft skills in communication and collaboration. A majority of respondents (53%) said that the cybersecurity skills shortage is worse than talent deficits in other IT professions.”

In order to gain these in-demand skills and the level of expertise necessary to combat sophisticated cyber attacks, education is critical. In fact, a bachelor’s degree is the absolute minimum requirement for most cyber security jobs, while a master’s degree is highly preferred. When considering higher education it is important to carefully evaluate the programs available and what each offers. Because cyber security is a constantly evolving field, you should choose a program that offers hands-on learning and is taught by current field practitioners. Additionally, be sure to evaluate the different program formats available. Today there are online and hybrid computer security degree program options, which are often attractive to working professionals who need to balance school with work or family.

What Jobs are Available with a Computer Security knowledge?

“The cybersecurity job market is on fire,” Veronica Mollica, founder and executive information security recruiter at Indigo Partners Inc., told Forbes. “Our candidates are facing competing offers from multiple companies with salary increases averaging over 30%. Current employers are scrambling to retain talent with counter offers including 10% and higher salary increases for information security team members to remain on board.” Needless to say, there are a number of jobs available to those with a master’s degree in computer security.

Where are the Computer Security Jobs Located?

Cyber security jobs are plentiful across almost every state and sector. But when it comes to the top paying geographies, Indeed ranks Minneapolis, MN, as number one, with three California cities ranking in the top 15. 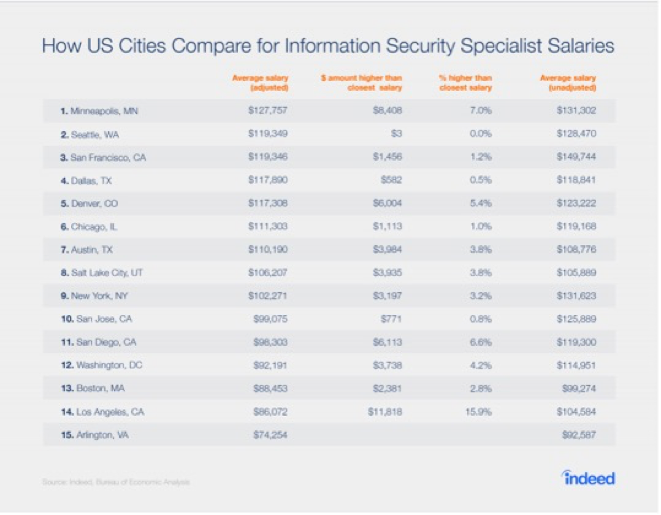 If you are interested in entering the field of cyber security and doing important, meaningful work in the battle against cyber crime, consider furthering your education with a cyber security.